This past weekend was the second time members of the Knoxville Game Jam took part in a game jam.  The theme was “Beneath the Surface” and each developer or team had to use this theme some way in their game.  There were a total of four games submitted from KGD teams, plus another game completed by Ruth Ann who choose not to upload her game but showed it off Sunday night.

You are a geomancer exploring beneath the surface of the earth. To move forward in your journey, you will need to bribe the giants who guard your path. 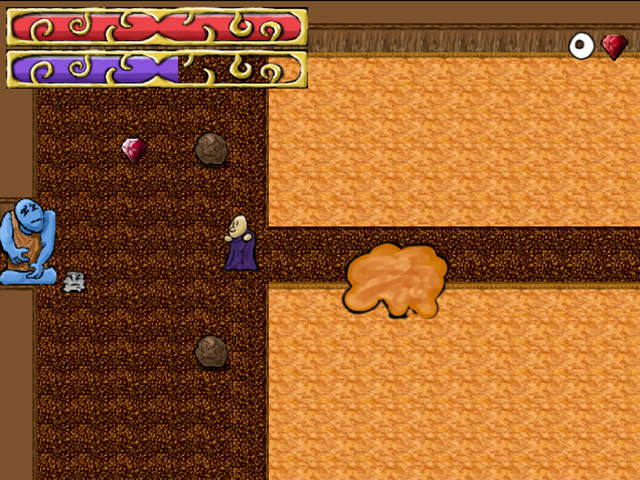 First select a surveyor to find good locations for treasure. If treasure is found nearby, the ground will be highlighted with a certain color.  Once you find a good location for treasure, assign an excavator to that area. If the excavator successfully digs up treasure, it will be shown in the world. Then assign an appraiser, who will determine the value of the treasure and add it to your total money.

Repeat until you’ve found all of the treasure, but you have only until 7pm before the game is over. 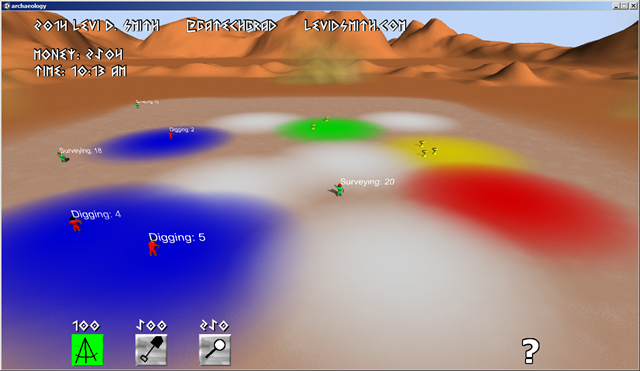 Under the Surface by Jacob

Jacob (age 10) went camping this weekend and created the game basically in a little over 1 day from Sunday – Monday. The game is a maze style game with a mining element and enemies trying to kill you. Arrow keys to navigate, some other hidden short cuts, in game warps and tricks. Dad did some debugging, score/health tweaking, and collision fixing, but Jacob did 95% of this one alone. 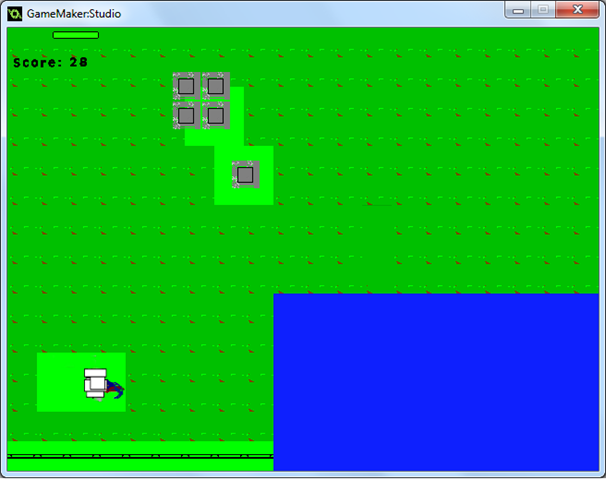 We took the theme “Beneath the Surface” as a reference to hidden or double meanings, which lead to the noir setting. 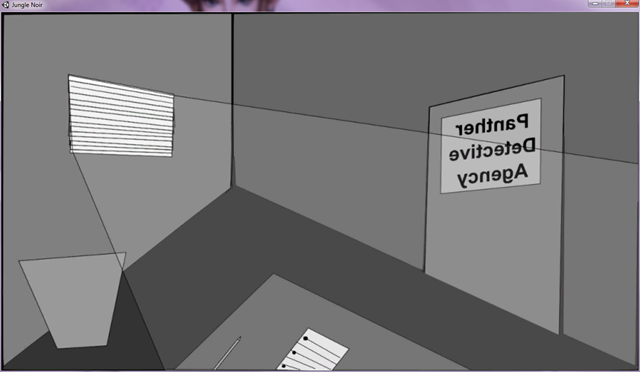 It’s common for participates in the game jam to live stream their process, and then crunch the whole weekend down to a short video.  Both Mike (and team) and Levi made time-lapse videos: