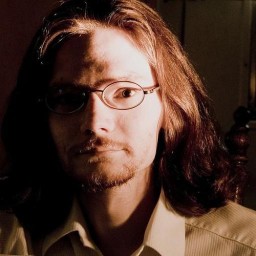 Michael C. Neel is an active community leader who organizes the Knoxville Game Design group, co-founder and volunteer at the Technology Cooperative, a non-profit focused on technology access and education, and founder of CodeStock, a developer’s community conference in Knoxville TN.

In Michael’s 20 plus year career as a professional software developer he has developed real-time dashboards, digital media management systems, websites and services, and games for Windows, Mac, Linux, and Xbox. Michael’s language experience includes significant time with Python and C#, plus numerous other languages that are not nearly as cool and thus not worth mentioning.

Michael’s hobbies include playing, analyzing, and studying video games and game design, photography, cooking, reading fiction and nonfiction books, and playing guitar. He is proud to be blessed with three amazing children and married to a wife who not only inflates and pops his ego as necessary, but also works with him on his many, many projects.