Knoxville Game Design had four great entries for Winter ’17!  The theme for this game jam was “The more you have, the worse it is”.

WizCorp is an “idle clicker” game where you are producing and converting resources to score points, which can then be spent on upgrades.
If you let resources build up past a certain point, however, your “auto-clickers” will process less often. Note that upgrades later in the chain are less efficient than upgrades earlier in the chain. 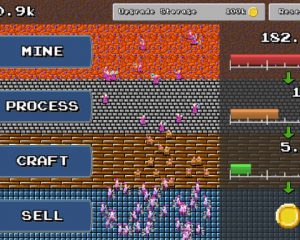 BOOM! is a first person shooter about an average Tuesday night for the lower middle class life of a soul collector.
Your goal is to find the Devourer of Souls and defeat him for the 10000th time.

Irwin McSpenders is on a quest to become the greatest tax accountant in the world. Help him gather as much money as possible. Unfortunately, the more money you have, the worse the taxes are on him, as he will be placed in higher tax brackets as his income rises. 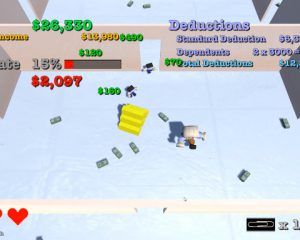 More Badies means more problems. Make your way through the Badies and get all the points. 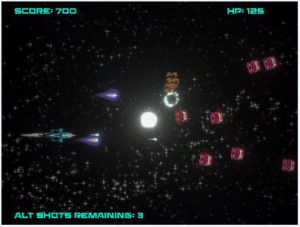