This past weekend 3 developers plus 2 teams from Knoxville Game Design took part in the game jam for a total of five entries!  The theme was “You Only Get One” and it was up to each developer and team how they incorporated the theme.  Here are the five entries:

Jacob age 9 is the team leader (Lead Designer, Lead artist, Lead programmer). Dad and Uncle Jon provided technical assistance. Game done in GameMaker Studio 1.2. Tile Studio used for sprites. Audacity used for sounds. Game play with Arrow Keys, A = attack. Weird quirky glitches are by design. The final boss can be tricky to kill. You only get one life, one weapon, one boss fight. 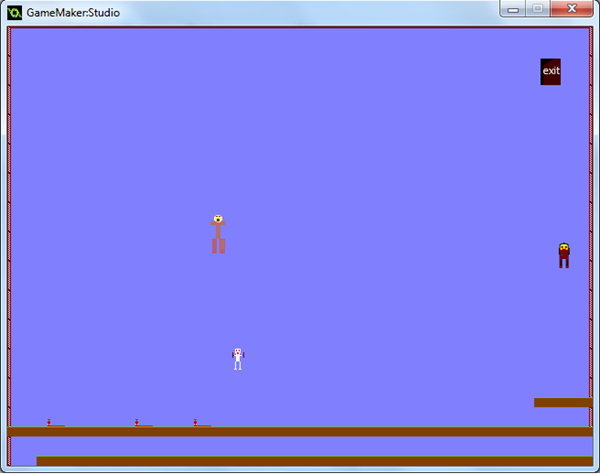 You play as One Gunman, who must gather the rewards for shooting the bandits (Evens, Odds, Fibonaccis, Squares). Each bandit has a numerical value associated to it, which determines if it is one that can be shot for a reward. The reward will change periodically to a new set of bandits. Shooting an incorrect bandit will result in One Gunman losing a life. When all of his lives are gone, the game is over. 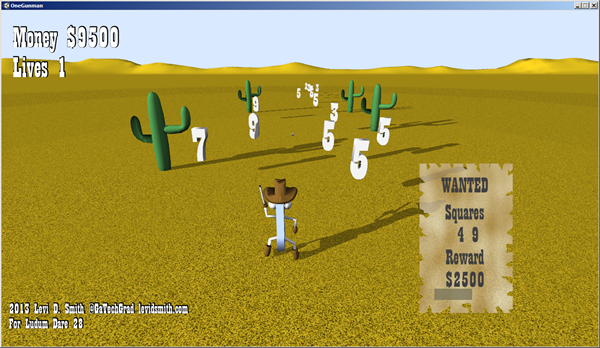 It’s your first day at YoGo Burger, and management has said it needs to make some cuts. Effectively immediately all customers can have only one item on a burger. Marketing suggests we do not tell customers of this new policy, and research shows people only care about one topping anyway so there should be no complaints.
Also, new policy for new hires: get one complaint and you’re fired! 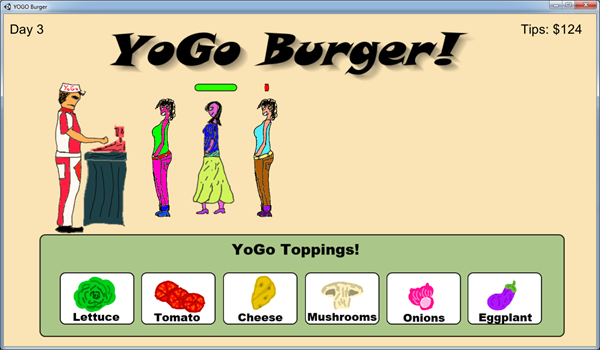 Collect the coins! Avoid the enemies! Score the points!
Power-up your robotic avatar by playing cards–but you can only hold one card at a time (that is, “you only get one”). 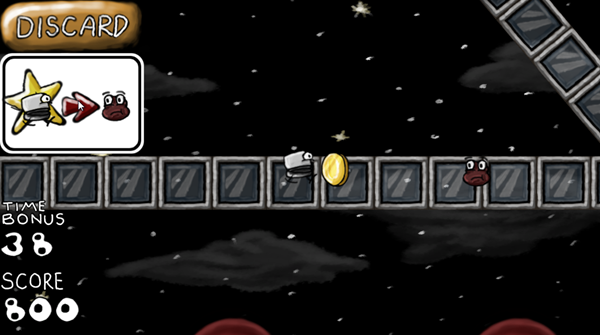 You are are a skilled treasure hunter, exploring various areas in search of gold.
Collect at least 50 gold to pay for travel to the next area, but you only get one minute! 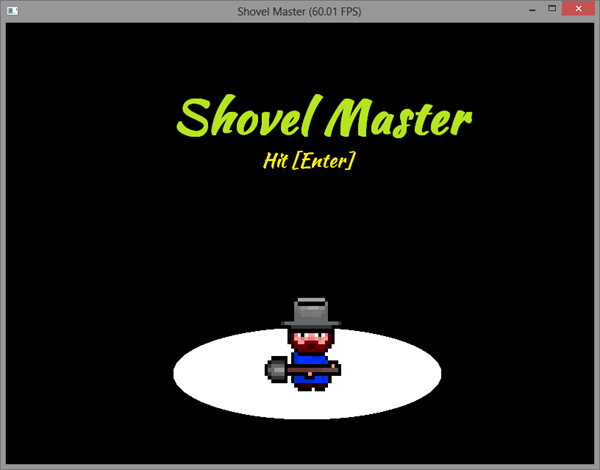 It’s common for participates in the game jam to live stream their process, and then crunch the whole weekend down to a three minute video.  This time, both Mike and Levi made time-lapse videos:

The response was very good this time, even with it being in the middle of the holidays, and we’ll likely do another in April. Be sure to sign up on the mailing list for future meetup and game jam announcements.

Congratulations to everyone who entered the game jam!