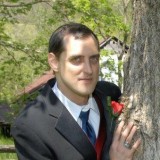 Jason Yarber (Magius96) is a long-standing video game addict, addicted to both playing and developing games. He started developing games using GW-Basic on a Tandy 1000 HX way back in 1985. From there he moved on to working as a volunteer senior developer for a MUD, a telnet based online text adventure game. Finally, in 2008, Jason took the initiative to learn C#, attain an associates degree, and start working in the field as a software developer.
From the beginning, Jason was passionate about games and entertainment. He would always be found playing, making, or discussing video games. While this passion has not yet led to a career, it has led Jason into a fulfilling hobby. These days Jason records gameplay videos for YouTube, works on his own game projects, and assists others in developing their games.
Jason is always willing to offer free game development support. While he won't normally write code for you, he is willing to point you in the right direction or offer you creative suggestions.