The past weekend was another game jam, and once again several games were submitted by Knoxville Game Design members.  The theme this time was “Entire Game on One Screen” though many of us were hoping for ☃(not “snowman” but the unicode symbol for snowman was a possible theme).  I think you’ll see that many of us included some cold love for unicode Frosty…

Ice Fishing Derby is inspired by David Crane’s Fishing Derby for the Atari 2600 (where the entire game was played on one screen–there wasn’t even a title!) My goal was also to make a retro-style game.

This game is a bit more complicated, however. You’re ice fishing, so you have to cut holes in the ice, and you can use bait to attract fish.

Each fish is worth $1 to $3. In addition to being your score, you can use this to buy various types of bait. Each bait has different properties: some attract fish at greater distances, some keep fish interested longer, and some are less likely to be lost once you reel in a fish. 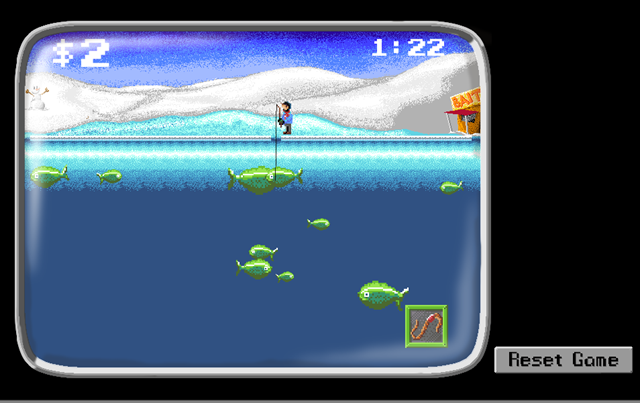 Make your way through the nine channels of the TV World!
Collect remotes… shoot everything else! 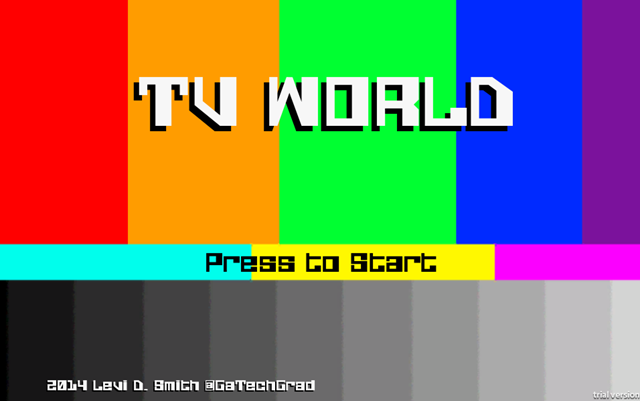 Jacob (age 11) has his interpretation of the theme presents: Snowman Simulator
play with: WSAD, arrows, mouse — secret stuff to click on and do. can you find multiplayer mode? Get the high score?

Made with GameMaker Studio and Tile Studio.

Dad helped with minor debugging, encouraging, and cleanup for submission. Jacob did 99% of the work. 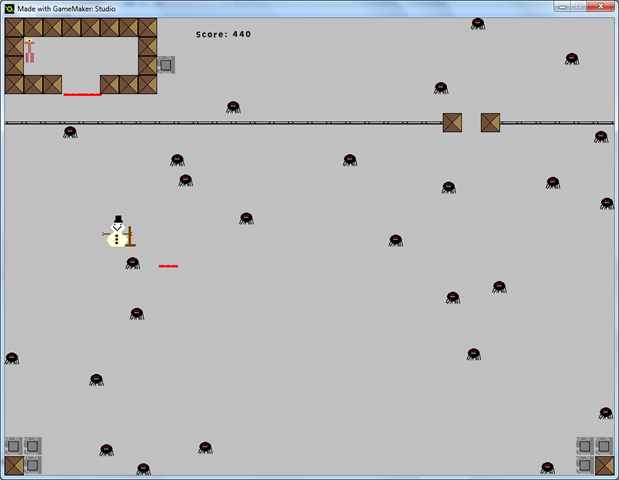 Click For Dragons! by Mike, Rachel, Hannah, and Cicelie

We decided to combine the fun of idle games like cookie clicker with the RPG setting of games like Dragon Age. It’s a game you can play while playing other games in Ludum Dare!

The development team was myself, my wife, and my two oldest daughters (we entered the game jam as a team). Even though this is a jam entry, everything in the game was made by us. 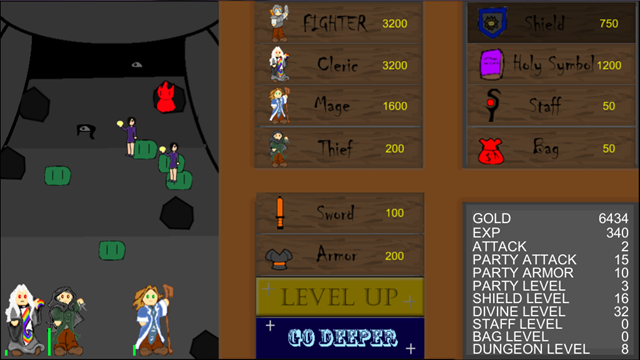 Build A Snowman by Paul

I have to admit, the original idea was all based around the fact that the ‘uni-code snowman’ may have won, but the theme still allowed me to build this.

There are 8 boxes at the bottom of the screen, and falling from the left and right you have parts of a snowman, two snowballs, hat, coal and a carrot. The idea being you catch it, and drag it down to the box, as you do, a piece appears in the box, get all the pieces the snowman starts to dance, click it, you’ll get points. 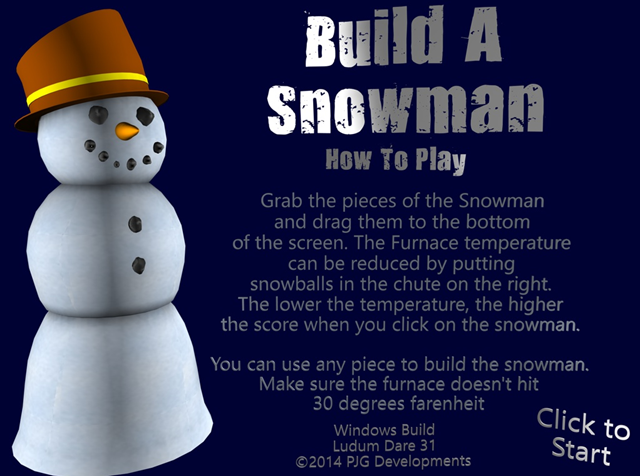